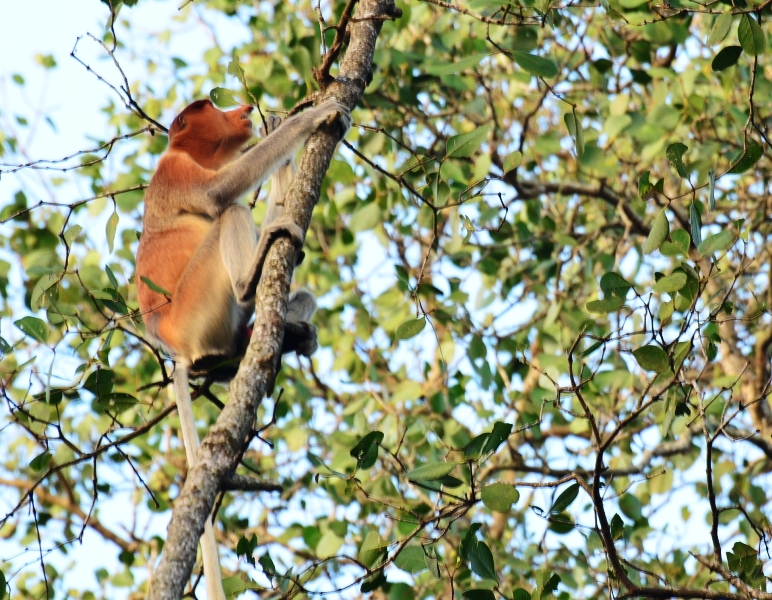 The proboscis monkey (Nasalis larvatus) or long-nosed monkey, known as the Bekantan in Indonesia, is a reddish – brown arboreal Old World monkey with an unusually large nose. It is endemic to the Southeast Asian island of Borneo. 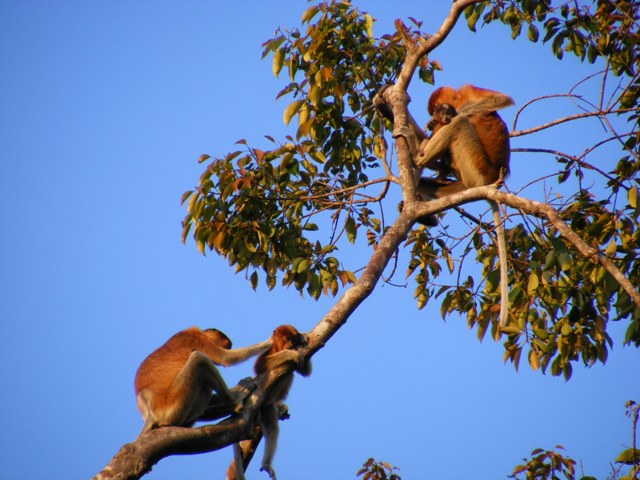 This species co – exists with the Bornean orangutan. It belongs in the monotypic genus Nasalis. Proboscis monkeys belong to the subfamily Colobinae of the Old World monkeys. The two subspecies are: 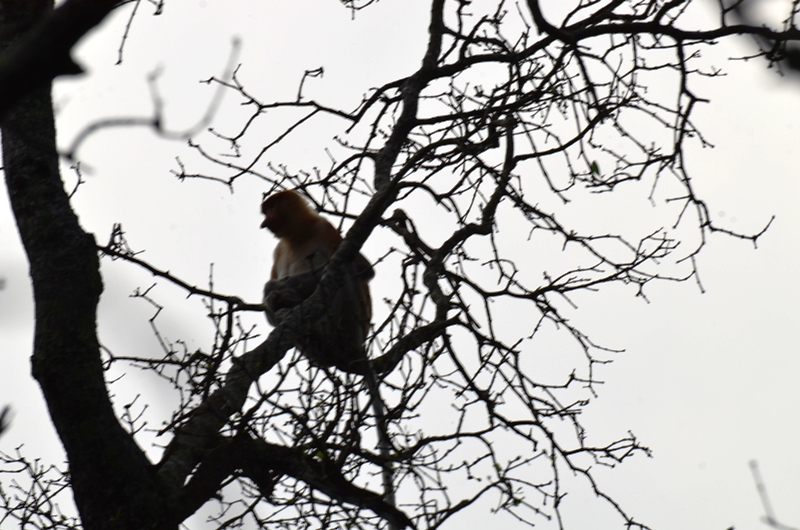 The proboscis monkey is endemic to the island of Borneo and can be found on all three nations that divide the island: Brunei, Indonesia and Malaysia. It is most common in coastal areas and along rivers. This species is restricted to lowland habitats that may experience tides. 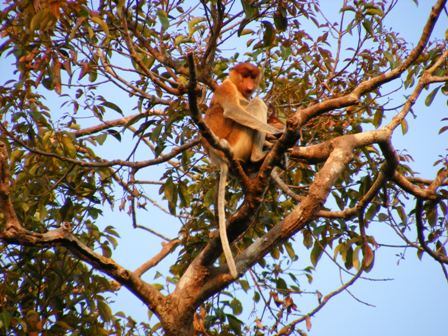 This species usually stays within at least a kilometer from a water source. It is perhaps the most aquatic of the primates and is a fairly good swimmer, capable of swimming up to 20 m (66 ft) underwater. It is known to swim across rivers. Aside from this, the proboscis monkey is largely arboreal and moves quadrupedally and by leaps. It is known to jump off branches and descend into water.